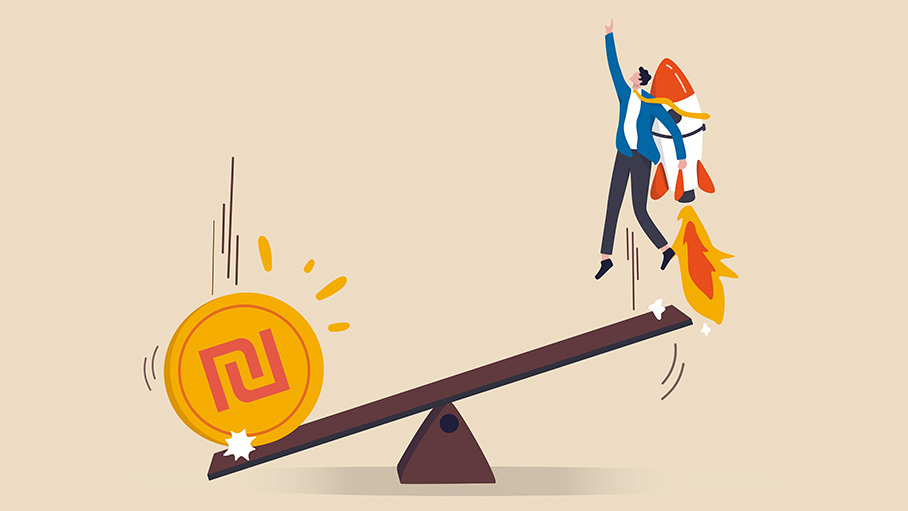 Israelis have protested vocally on the decline in the standards of living caused by higher consumer prices, including necessities such as gasoline and electricity and supermarket items. They have faced higher prices at the pump, the grocery store, and renting a home with little tax relief to counterbalance these costs.

Some of this is inevitable and due to global inflation caused by supply issues ushered in by the pandemic. Other aspects point to a few flaws in Israel’s otherwise robust economy that the government is determined to fix so the trajectory of growth will continue to be sustainable and will be enjoyed by all Israelis, not just those with high-tech jobs.

The economic relief plan, as outlined by The Times of Israel will provide tax relief for many Israeli families, and some will receive an extra income tax credit point to each parent of a child between the ages of 6 to 12. Points are worth approximately 233NIS and will be distributed through the parent’s monthly salary. This should translate into an extra 5,352 NIS per family, per child. Although the measure will be only for 2022, it is expected to provide significant relief and may set a precedent for future relief bills.

Around 60,000 children will be covered for afternoon childcare through government subsidies. Low-income Israelis who earn below the minimum tax threshold will receive a one-time boost of 20% of their income.

Regarding staples and necessities, the Israeli government will delay its plan for an excise tax on coal to avoid a steep rise in energy prices. To lower grocery bills, the economic relief plan will eliminate customs duties on imported goods, such as toiletries, beef, chicken, seafood, and other items.

It is unclear how the government will enforce this provision and ensure that supermarkets and stores don’t pocket the difference. Additionally, although some companies, such as Osem-Nestle, were successfully persuaded not to raise prices, it is not certain how to prevent price hikes from local businesses.

Despite details that need to still be worked out, the economic relief plan looks promising and will allow all sectors of Israeli society to enjoy the prosperity reflected in the country’s economic growth numbers.

The economic relief plan is likely to put more money in the wallets of Israelis and increase their spending power. This is likely to stimulate further growth and ensure tthat every aspect of Israel’s economy remains healthy. Now is an excellent time to invest in Israel with stocks in individual companies or better yet, ETFs, which provide a broader exposure to Israel’s economy.

The Jerusalem Portfolio is comprised of a fractional interest in 100 Israeli companies through a portfolio of professionally managed  ETFs. The recipient will be given a plaque with a beautiful and customized image of Jerusalem. Talk to our experts today about purchasing the Jerusalem Portfolio for yourself or gifting it to a special young person as a bar or bat mitzvah gift, birthday, graduation, or another occasion.