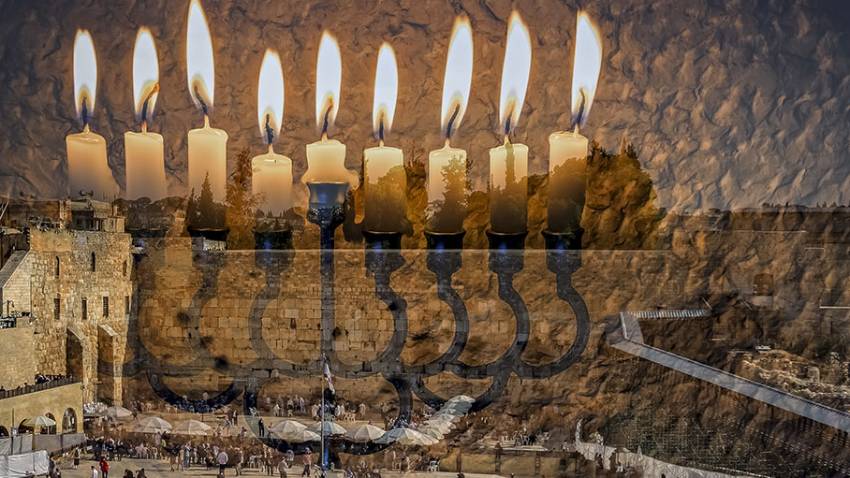 With large menorahs in public squares, dreidels, special foods such as latkes, hanukkah is one of the best-known Jewish holidays. The emphasis of Chanukah is on publicizing the miracle of the one vial of oil lasting for eight days in the Holy Temple as well as the fight against injustice.

However, Hannukah is a relatively new holiday on the Jewish calendar and is based on historical events rather than Biblical injunction. What is the story of Hannukkah and how did it become such a famous Jewish holiday?

The Story of Chanukah

The story of Chanukah is divided into several sections but they are connected to the theme of liberation from oppression. Around 200 BCE, Judea was dominated by the Syrian-Greeks who oppressed the Jews and forbade them from learning Torah and practicing Judaism.

The origins of the dreidel, a toy associated with Chanukah which consists of a kind of top with different sides consisting of Hebrew letters, are derived from creating a distraction to make the Syrian-Greek officials think that Jewish children were playing when they were actually learning Torah.

In addition to outward oppression, there were also internal disagreements within the Jewish populations. The Hellenists wanted to assimilate entirely and adopt the culture of their rulers. There were many martyrs for the sake of Judaism, including Chana’s seven sons. During Hannukkah, we also celebrate the bravery of Yehudit who killed the wicked general Holofernes who was persecuting Jewish women.

The sons of Mattisyahu, a high priest, formed a group called the Maccabees who decided to stand up and fight against their Syrian-Greek oppressors. The Maccabees were vastly outnumbered, but they managed to win crucial battles that lifted the yoke of Syrian-Greek dominance over Judea.

When the battle was over, the Maccabees wanted to renew the daily rituals and observances in the Holy Temple in Jerusalem. However, almost all of the vials of oil that were used to light the menorah were defiled by the Syrian Greeks. There was only one vial of oil that was pure, and that vial of oil had to last eight days before more supplies could be brought. Miraculously, this one vial lasted eight full days, which is the origin of the miracle of lights and is the reason Jews light the menorah on Chanukah.

After the defeat of the Syrian Greeks, the Jews began to commemorate the miracle of the oil and the military victory. With this new observance evolved rules and laws as well as customs, songs, and foods. As Jews settled in various parts of the world, unique traditions evolved, such as fried plantains in South America instead of latkes, the type and position of the menorah, and the emphasis on gift-giving.

For instance, North American Jews tend to give clothing, electronics, jewelry, and Israeli investments to commemorate Chanukah in addition to lighting the menorah and preparing special foods such as latkes and jelly donuts.

Many Hannukah presents are Jewish-themed to commemorate the miracle of Chanukah and the victory of tradition over oppression. Some popular gifts are Star of David pendants or holy books. Another way to celebrate the victory of light over darkness and Jewish continuity is the opportunity to invest in Israel. Giving a friend or loved one the Jerusalem Portfolio Is a gift that increases in value over time and supports Israel’s economy.